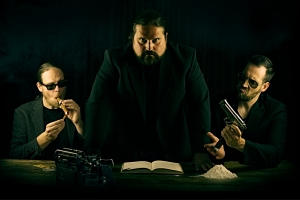 The Monolith Deathcult doesn’t make artist-centred music and won’t gorge on technicalities only trained ears will hear and appreciate. If people want to see virtuoso techniques they can go out and rent a Steve Vai DVD. The Monolith Deathcult sees the audience banging their heads on the primeval forces of the pounding 4/4 beat., and have set themselves the goal to broaden their extreme (death) metal with influences from techno/dance and industrial music, completed with Wagnerian classical pomposity. All this is topped with an image of irony, black humour and bad taste, in combination with a morbid fascination for everything that is ‘wrong’. 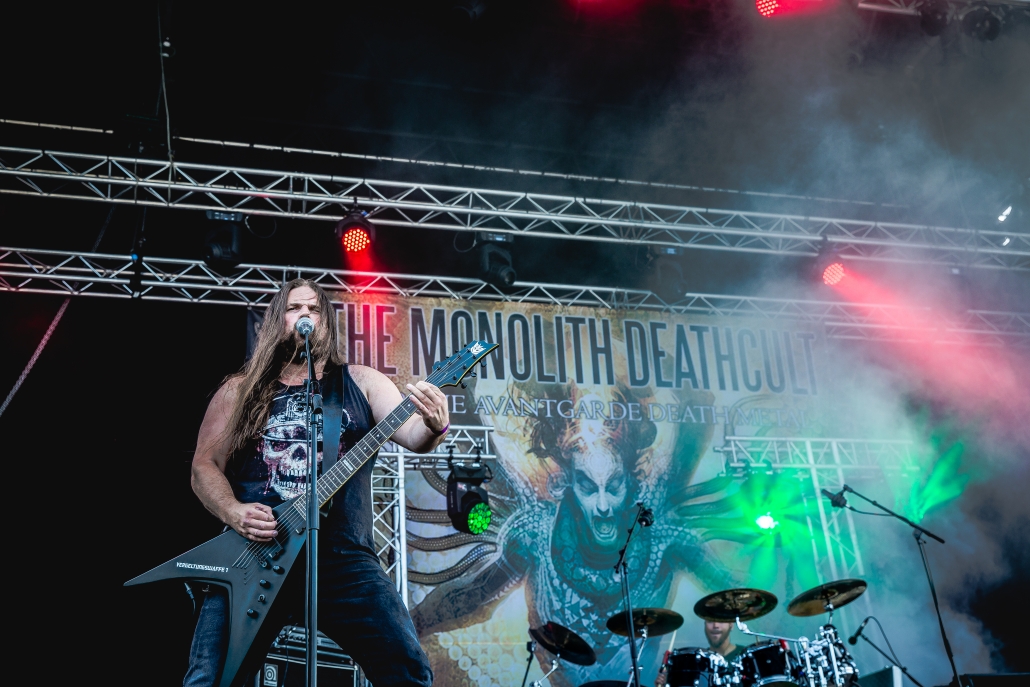 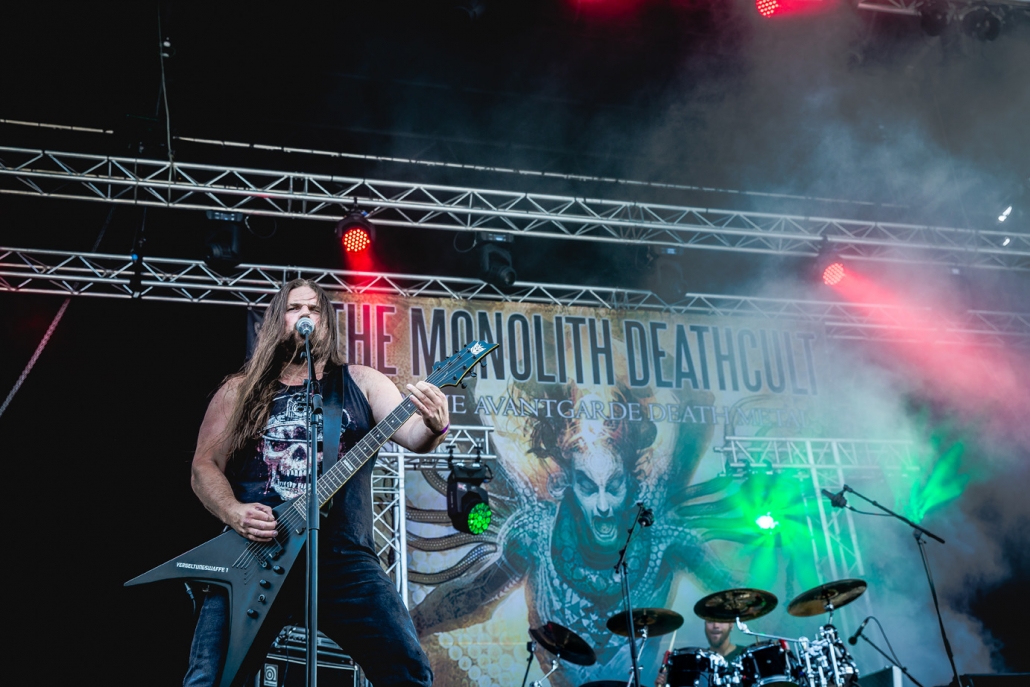